Principal investigators with the project

His research focuses on the interaction between gender, violence against women and sexual/reproductive health. He has collaborated with other researchers to study emergent social issues such as early teenage pregnancies, children´s resilience, and gendered constructions of stigma and discrimination to people living with HIV, among others. One of his goals has been to promote the use of gender and human right lens when designing and conducting research. To this end, he has implemented postgraduate training programs to foster the application of gender in all aspects of health/social research.

Dr. Claire Edwards is Lecturer in Applied Social Studies and Director of the Institute for Social Science in the 21st Century (ISS21) at University College Cork.

Her background is in social policy and social and cultural geography. She has significant expertise of conducting research using qualitative research methodologies, and much of her work has focused around conducting research on disability and disabled people’s lives. She has published widely on this topic across the disciplines of social policy, geography, sociology and law. Most recently, her research has included violence, hostility and fear of crime as it is perceived and experienced by people with disabilities in Ireland, including gender-based and sexual violence. As Director of ISS21, she manages UCC’s Institute for Social Science in the 21st Century, an interdisciplinary social science research institute with over 100 members, and which hosts research around a number of thematic specialisms, including gender in/equality, and young people’s lives. 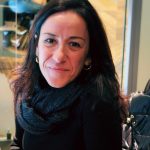 Carmen Vives-Cases, M.A., Ph.D., is professor at the Department of Community Nursing, Preventive Medicine and Public Health at the University of Alicante (UA) since 2001.

She is a sociologist (Bachelor 1998 and Doctor 2004) from the University of Alicante and Public Health Master (2005) from the University of Miguel Hernández. She has directed several research projects in the areas of epidemiology of gender-based violence against women (prevalence, incidence, health consequences, as well as their social determinants and evaluation of responses from the health sector) and immigration, ethnic minorities and public health. She is now coordinating the European Commission Action Grant, “Lights, Camera and Action against dating violence”, to promote violence-base protective assets among adolescents in Spain. 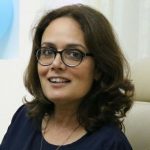 Nihaya Daoud (MPH, PhD) is a social epidemiologist at the School of Public Health at Ben-Gurion University of the Negev in Israel.

She holds MPH and PhD from the Hebrew University in Jerusalem, and two post-doctorates at Ben-Gurion University of the Negev (BGU) and at the Center of Research on Inner City Health in Toronto, Canada. Currently she is the director of social epidemiology and health promotion track at the MPH. She is the director of the Ethics Review Board at the Faculty of Health Sciences, and the director of the Center for Research on Health Equity and Health Promotion. Her research interest includes women’s health, health inequalities, discrimination and social determinants of health among minorities and marginalized groups. In the area of violence against women, she has conducted research in Israel and internationally and published in high impact journals. Her recent research focuses on screening policy for intimate partner violence (IPV) at the health care system, use of health care services among women victims of IPV and the economic burden of IPV.

Either your browser does not support javascript, or javascript is disabled. This site works best if you enable javascript.